As one of the most in demand producers on the planet, David Guetta is poised to take electronic music out of the confines of the global underground, where he reigns as the No. 1 House DJ. Joining hands and forces with some of the biggest names on the urban scene, while introducing some undiscovered talents, another level beckons.

Already a multi-platinum selling artist in Europe, with three chart-topping albums to his name to date (Just a Little More Love 2002; Guetta Blaster, 2004; Pop Life, 2007), his signature sound of quirky, electro, house and dirty pop, is igniting across the rest of the world, where it was kept a club-land secret. Until now.

EMI Music will release Guetta’s much-awaited 4th album late August. It features guest vocals from Kelly Rowland, Will.I.Am, Novel and long time hit-maker Chris Willis, of course. Plus there are others too hot to mention yet. Guetta has also produced the forthcoming single by the Black Eyed Peas “I Got A Feeling”.

His mission is to share the love and connection Dance music is built on while bringing together music scenes that co-exist but don’t often mix – like NERD, Timbaland and Kanye - but significantly, from another perspective. Call it Electro-Hop, R&B Dance, Hip House, whatever you want, but it's the sound that will define 2009.

As an artist and producer, he makes music that rocks the coolest clubs and yet sits proudly on pop radio and MTV. He uniquely and boldly treads a tightrope most DJs wouldn’t dare to traverse too: the line between being an underground DJ and having huge crossover success.

That might not sound like two worlds that go together, but that he won a World Music Award and was voted the best house DJ in the DJmag Top 100 in the same year is a credit to his ability to work in both of these seemingly disparate worlds.

David knows what touches people; playing in over 200 cities last year alone and up to 2 million people at a time - as well as in underground basement jams; he should. 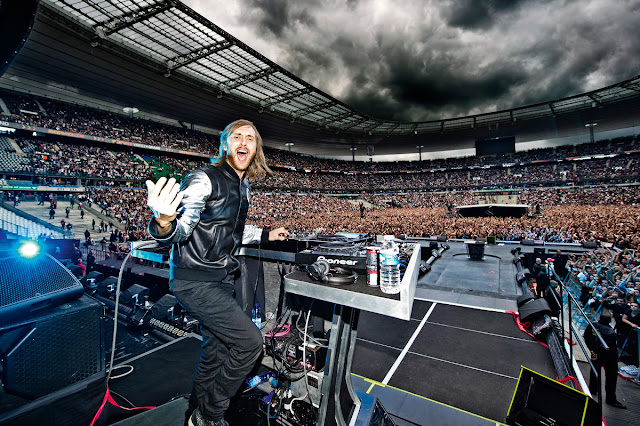 With around 70 million hits on YouTube (and climbing fast), David is as popular outside of nightclubs as he is in them. In fact, David’s video’s hold the Number 1 and No 3 spots in the most watched Electronica clips on Youtube – worldwide and of all time!

To see Guetta wind a room into frenzy is something special. Technically David is one of the most impressive DJs in the house scene. Almost remixing records live, he makes loops, slams tracks together that you’d never think would go and uses vocals over other instrumentals. His sets are so dynamic that at times it’s difficult to see how he can keep the energy up. To put it simply, Guetta creates moments.

Christopher Brian Bridges, better known by his stage name Ludacris, is an American rapper, entrepreneur and actor. Along with his manager, Chaka Zulu, Ludacris is the co-founder of Disturbing tha Peace, an imprint distributed by Def Jam Recordings. Ludacris has won a Screen Actors Guild, Critic's Choice, MTV, and three Grammy Awards during his career. Along with fellow Atlantans Big Boi and Andre 3000 of OutKast, Ludacris was one of the first and most influential Dirty South artists to achieve mainstream success.

Ludacris knows that rap is essentially a man’s world -- and the three-time Grammy winner is doing something about it. On his eighth album, the multi-platinum rapper wanted to level the playing field a bit, so he crafted Battle Of The Sexes, a spirited collection that gives men and women equal billing.

On August 15, 2010, Ludacris tweeted that he is currently back in the studio with The Neptunes working on his eighth studio album, Ludaversal.On July 7, 2011, according to his Facebook, he recently went to Paris, France to work on Ludaversal. On May 29, 2012 Ludacris released the lead single, "Jingalin". The second single taken from the album entitled "Representin" has the collaboration of American recording artist Kelly Rowland. It was sent to radio on August 31. The release date for the album was set for September 11, 2012, but ended up delayed. He released the third single "Rest of My Life" featuring Usher and David Guetta to much greater success than the previous two. He has said that his next album Ludaversal will be released in September 2013.

On May 24th, 2013, Ludacris released his newest mixtape, entitled #IDGAF. He had been releasing a new song on Fridays (calling these releases IDGAF Fridays). These songs, in order of release, were Raised In The South featuring rapper Young Jeezy, released on April 19th, followed by If I Ain't F**ked Up on April 26th, 9 Times Out Of 10 featuring rappers French Montana & Que on May 3rd, Speak Into The Mic on May 10th, and I Don't Give A F**k on May 17th, a week before the release of the mixtape. The mixtape had almost 60,000 downloads via datpiff.com within the first day.

How to Become a Beat Maker 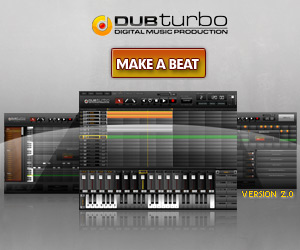 When you want to start producing rap music beats whether it be for fun or for future money making purposes there are some general and basic items that you need to be aware of and have knowledge about. From sampling techniques, voice over covering for smoother recordings, to which microphones and equipment work best having the knowledge first will save you lots of time and money.

Here are some general areas to master in order to produce rap music beats:

1. Where to get sound samples cheap, free, or how to make sound samples yourself. Once you have the samples you will need to know how to choose the best one for the current rap beat you are working on.

2. Effective ways for voice alterations, covering, voice overs and mixing so that you can get unique sounds within your beat streams and recordings.

3. The best beat maker software and mixing equipment that you can have. If you are just starting and want some effective beating mixing software to produce rap beats online then get informed about the many varieties of beat making equipment from a beat making guide or book that will explain everything there.

5. A crucial part of making your own rap music beats is the strategy and skill of audio looping, mixing, and mastering different levels, bars, and sections of many different sounds and samples. These tips or skills are what sets good beat makers apart from the great ones that become famous or at least rich from selling there artwork to rappers and rap artists across the globe.

If you are wondering how to find out everything there is to know about making beats, where to start, what equipment to buy or purchase, how to make money selling your beats, how to make clean professional style music and more don't fret over it. There are many guides and books available, along with beat maker software programs and other information sources to help you get all the details for starting your own record label and beat business. Once you have the knowledge about producing rap music beats the rest of the success and work is up to you. You can't expect returns unless you invest something first whether it be hard work, money, or both and being a successful beat maker is no different! Good luck in achieving your goals and ambitions within the rap and hip hop industry.

Deals of the day